Summer projects over the years

So, I haven't posted for a little while. I have been enjoying the hot weather and some time off work, however I have also been working on a new project (some teasers at the end of this post...)

Each summer I aim to complete a new project.  Listed here are some of the best projects I have attempted over the years....


An electronic implementation of Talisman - the Magic Quest Game.  I wrote this for fun and to develop my programming skills. It was in no way an attempt to undermine Games Workshop's intellectual property, however, GW did flex their legal muscles and I decided it best to remove this game from all sites that I control.  Nevertheless, it was tremendous fun to create, and it is still tremendous fun to play today.


StarFunk is a game of Inter-Galactic trade, exploration, mining, piracy and combat for Windows.  If StarFunk is like any game, then think of Elite, but in 2D.  It is completely open, and although there are several missions to complete, how you play and what you do is entirely up to you - although getting on the wrong side of the space police is usually a fatal decision. 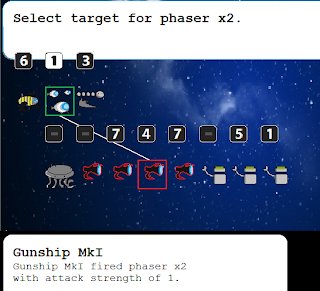 I never quite finished this game, however I did distribute the code for anyone who wants to finish it.  In Space Combat you must defeat wave after wave of enemy space craft by throwing dice to overcome their defences.  The executable version is playable, at least for the early levels. 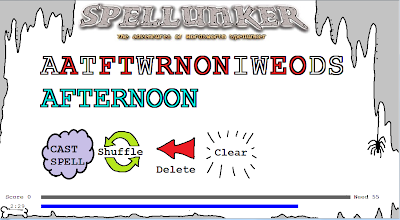 Spellunker is a spelling and adventure game for Windows. You follow the story of Wordsworth Spellunker in his quest to find the truth about his parents.  Along the way you must defeat the various, ever-more challenging levels by casting magic spells - literally spelling words from the assortment of letters you are provided with. The longer your word, the more points you accrue. 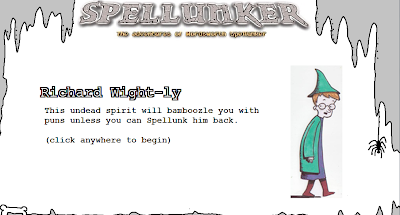 The artwork for Spellunker is provided by the lovely Pob, and some of the story-line was created with thanks to Ben.

2015 Have Spell Will Travel 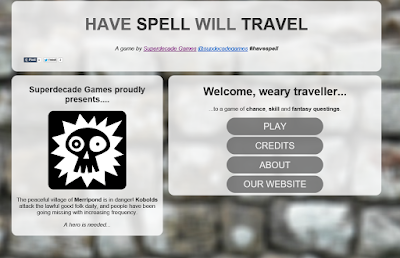 Have Spell Will Travel is a web-based adventure game. You play the part of a hero, defending the town from dreaded kobold attacks. At every turn you will be asked to test one of your many abilities. You could choose your highest stat, but you never know how dangerous your enemy is. With a little luck and skill you may survive long enough to quest for the fabled Sword of Gygax, or even defeat the dread sorcerer, Warren Fogbender.

You can choose from one of over 168 different characters each with a unique set of abilities.  Want to be an Ogre-ninja?  How about a Fairy witch?  Well, with Have Spell Can Travel, you can! 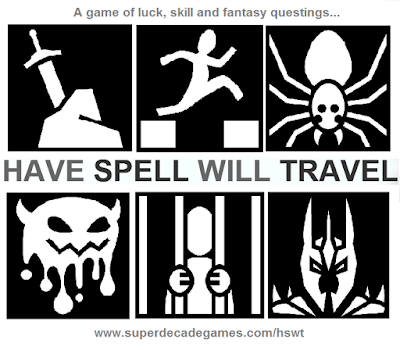 
I am currently working on a new game.  It is still in the early stages, however I can say that it is a strategy game in which you must balance your attack and defence powers to overcome various challenges thrown at you by the computer.

The working title is Weekend Warriors, so called because one of the characters in the game - The Weekend Warriors - are so tough you may only play them on a Saturday or Sunday.

That's all for now, but stay tuned to find out more.
Subscribe to: Posts (Atom)