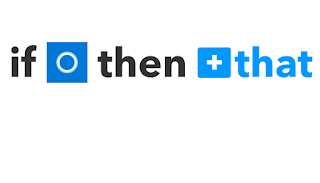 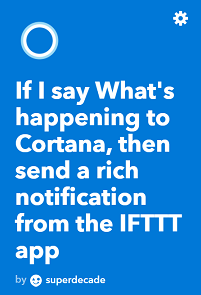 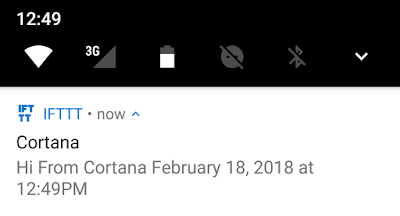 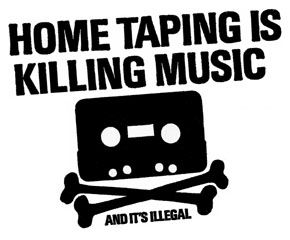 Cassettes - better than you don't remember by Techmoan. Techmoan is a great channel if you are interested in all things retro, tech or audio. I often enjoy watching his videos for his enthusiastic approach and exemplary subject knowledge. In this video, you can hear the difference between the different types of compact cassette and noise reduction technology.

The last audio cassette factory although a little out-dated this is a great video and worth watching for the great story.

A short film about cassettes - you need to hear this - indeed, you really do. Watch it. Watch it now!

Kids react to walkmans (portable cassette players) aw, as they say, from the mouth of babes, or if kids don't think it is cool, then it is probably cool, or something.

Playing 50 YEAR OLD tapes, busting the myth that cassettes have a limited lifespan.

That's all for now, although I reserve the right to add more if and when I find any of interest. If you enjoyed this post then you might like to tell me about it on this noticeboard, or maybe just read something else retro related.

I walked into HMV the other day. HMV is a British entertainment and record retailers. I haven't been to a physical record store in many years and was suddenly surrounded by aisle upon aisle of DVDs and CDs. There were loads that I like the look of, and I had some cash burning a hole in my pocket. It was then that I realised that I no longer own a single device that can play a CD or a DVD.

I felt like a historical reenactor of the Tony Blair years.


The only CD/DVD player that I still own is connected to my main laptop computer and it is seriously damaged. Some time ago I started to get my media either streamed or downloaded and I never noticed that the lack of a disc player was an issue. In fact, it is not. I listen to music on streaming services such as Spotify or on one of the thousands of internet radio stations on my LaMetric time device. I watch YouTube and download movies from the Windows store. It was really a long time ago that I bought CDs or DVDs.

Interestingly, the only format in the record store that I could actually play was in the vinyl section.

Vinyl is making a comeback, if you didn't already know, with year-upon-year growth in the format as people begin to crave the feel of the needle in the groove and the tangible album art in their hands or something.

But this post isn't about vinyl it is about the other ancient analogue format that is making a comeback: compact cassettes.

Of all the formats it is compact cassettes that I miss the most. So, as you can imagine, I am delighted to announce that I have recently purchased a near mint condition, racily-titled Sony TC-WE 825S.

This device was originally manufactured in 1988, rather late in the lifetime of the compact cassette. It features most of the designs you would expect of a high-end product: Twin tape decks, simultaneous recording, pitch control, fade in/out, highspeed dubbing, auto this and that and the other, There were a few features that came as a surprise: RMS, or Random Music Sensor not only allows you to fast forward to the next track on the tape but also allows you to enter up to 28 tracks into a programmable memory to be played in any order you like from either side of the tape, just like on CD. My original tape-player was a dirty model from the early 1970s and had no microelectronics although it did have a very funky stainless steel finish, which made it look great, despite it sounding awful.

The most exciting feature is the Dolby-S noise reduction which is a significant improvement on the Dobly-A noise reduction. This feature removes a significant proportion of the tape hiss that is inherent in recording on magnetic cassette tapes. Dobly-S was a leap forward in compact cassette technology that bypassed most people at the time as they had already moved to digital formats. Back in the 1980s, I did not have the luxury or Dolby noise reduction and I think I just put up with the hissing noise.

Of course, there is absolutely no need for me to own this product beyond the sheer joy of recording in analogue. I have currently spent the afternoon making recordings of my vinyl collection just like it was the 1980s again.

There are a number of outlets that still sell new blank cassettes and if you are thinking of following suit then I recommend the Tape Line Ltd. The Tape Line Ltd provided me with a pack of 5 Type-I compact cassettes (these are the cheap ones that most people used back in the early days). I also bought a single TDK Type IV metal alloy compact cassette which has much better recording quality than their Type-I counterparts although at ten times the cost! I recorded some digital files from my RISCOS computer onto metal tape with Dolby-S and the sound quality is unbelievable. In fact, it is very hard to believe that it is an analogue format at all as the quality of the recording is so, so good.

If you want to know more, and actually hear the difference in quality, then I can highly recommend this video from TechMoan in which he demonstrates the quality of Type-IV cassettes with Dolby-S.

If you have enjoyed this post then you might like to read about some other retro products, or maybe you just want to write something down. Either way, I'll be back soon with more geeky tech stuff, or maybe I'll just talk about the weather, I don't mind, it's my blog.

Today was cactus repotting day. I have three succulent plants that needed some attention before the start of spring.


Here I am repotting a cactus called Tephrocactus Articulatus - a hardy little plant which seems quite resistant to the cold. It has an interesting way of propagating which is to let several of its stem segments break away to begin a new life as an independent plant.

The next succulent is one that I took as a very tiny cutting a couple of years ago and was surprised by how well it has thrived.


Well, this is a technology blog, so here comes the tech stuff.

I have used one of my microbit moisture sensors to monitor the moisture level in this succulent. Getting the right balance of water is essential to succulent survival. It is a good idea to let the pots completely dry out before gently rewatering again. The microbit water sensor is ideal for this job.


Succulents and cacti like dry and warm conditions and, believe me, plant fungi like to grow in damp conditions. If like me you find that you have a problem with this then you may find a portable dehumidifier is a not-too-expensive solution. The link below shows the dehumidifier that I use.


I can thoroughly recommend this book - Prick, by Gynelle Leon. It covers everything you need to know about the care of your cacti friends. Within these pages Gynelle covers the history, origins and background of succulent cultivation; a gallery of popular plants including care instructions as well as in-depth guidance on watering, repotting and style guides.