I was shown this life hack today, so I thought I would share it. A plastic container, like the ones you get inside chocolate eggs that all so contain a surprise... (and something to play with) make handy containers for earphones.  That is all.

Extra geek experience points for anyone who remembers this...

The A-Z of geek: H is for Hobgoblin

Described in the superdecade games dictionary as noun: Mischievous imp, this post is about a game for the BBC microcomputer by David Parsons.

H is for Hobgoblin

In this game you have three lives to recover 'The Golden Orb of Altoris' by marching headlong to the right of the screen, avoiding ghouls and ghosts who can kill with one touch. The gameplay involves a great deal of precisely-time jumps to avoid spike-tipped pits and an endless hail of arrows fired from zombie Robin Hood type characters. You are armed only with a set of infinite throwing knives, a fairly useless suit of plate-armour and a rather tidy ginger beard.


Hobgoblin is a clone of the more-popular Ghouls 'n Ghosts available from Capcom for a variety of platforms.

Success in Hobgoblin demands careful attention to detail - for example not dying - as well as upgrading one's weapons so as to better squish the army of undead that are perpetually waiting somewhere to the right of the screen (as well as occasionally to the left!).

Particularly difficult sections involve precise jumping and picking your fights very carefully. One slip and you are inconveniently teleported several screens to the left where you are forced to attempt the difficult section again, only with downgraded weapons (and, of course, your trusty beard). 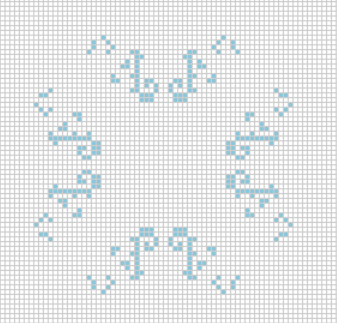 Just because I was set this challenge this morning, I have written my first attempt at a number converter in Python 3. You simply pass a positive integer and the program returns that number in words.

For example, if you pass 1234, it will return "one thousand two hundred and thirty-four".

The program works for all positive integers up to ten to the power 48, which should be good enough for most practical purposes.

The code is listed below, or you can download it from OneDrive.


def numberConvert( num ):
# pass a string containing a positive integer
# will return the number as a string of words
# for example 1234 will return
# "one thousand two hundred and thirty-four"
number = str(num)
digitlist = []
groupedlist = []