Seasonal change for the day clock

Today was a lovely summery day in old Blighty.  It was good to generate some vitamin D, but I guess that was our summer over for another year.  If you blink then you miss it.

It reminded me that my day clock needed updating. The old autumnal leaves I posted originally back in December no longer seem appropriate. So today I added a rolling background image that changes with the seasons. There is a different image for each time of year: Spring, Summer, Autumn and Winter.

Do please check it out.

Following on from the last post about groovy patterns for Raspberry Pi, I present my latest program, another random walk.

This code is for BASIC V running under RISCOS on the Raspberry Pi. Copy the code, or download directly.

I went to Whitby today.

You will see many strange things in Whitby. Today I saw some, and managed to get a few on camera.

In a spare moment whilst I was waiting for some food to cook, I decided to play with the BASIC on the Raspberry Pi. I'm using the brilliant RISCOS for the Pi which comes with BASIC V and about a gigabyte of RAM.

I decided to create a 'random walk' in an attempt to create something that would look like an abstract map of a city. I am quite pleased with the results.

Pictures first, and then the code.

Here is the source code for RISCOS BASIC V, which will require only minor modification to run in BBC BASIC for Windows, or on a BBC Master.

Copy the code below, or download the file directly.

Avid readers of this blog will know that I am a big fan of the RISCOS pi operating system for Raspberry Pi. I mainly use it for the nostalgia factor, however I also keep a set of note on it in addition to some programming.

I also have a need for the Linux distribution as well.  I currently regularly use Raspbian flavour of Linux for the following tasks:


These are all jobs that I want to have running permanently, however it started to annoy me that I had to quit Raspbian in order for the device to boot into RISCOS.  The solution was to get a second Raspberry Pi 2 to use as a dedicated RISCOS Pi and leave the first device for uninterrupted Linux stuff! This caused it's own problems, of course, as I only have room for one monitor, one keyboard and one mouse. Swapping the devices over when I wanted to quickly check on something on the server was becoming irritating and so the obvious solution is to install a remote desktop.

If you were not aware, a remote desktop allows you to run one computer from another computer. You literally see the desktop of one computer in a window on a second machine. This is incredibly useful for doing things with Raspberry Pi wherever the use of keyboards, mice and monitors are a problem. For example, you might want to put the Raspberry Pi in a remote location in your house or garden to monitor temperature, or take photos as aliens pass over your roof. Maybe you want to set the machine up as a burglar detection and capture system. Maybe your Raspberry Pi is the central brain of your doomsday machine or robot butler and having a monitor and keyboard attached is just soooo nineteen nineties. Either way, controlling your Pi from another computer or tablet is really cool.

Your choice of software for performing a remote desktop depends on your current distribution of Raspbian: you could try xrdp, or VNC.

I have used xrdp on a number of Pi devices at both work and at home. These instructions should work if your device was installed before 2017.


1. First install the xrdp software onto your Pi. Navigate to the terminal and type: sudo apt-get install xrdp

2. Follow any on-screen instructions.
3. Once completed restart your device with sudo restart
4. You will need the IP address of your device on your home network. If you don't know it you should be able to find it from either your home router's admin page, or type the command: ifconfig You are looking for a line that reads something like: inet addr:192.168.1.162

5. Once you are happy that xrdp is ready for your Raspberry Pi you should be able to connect from your second computer.  In Windows 10 select Cortana and type "Remote Desktop". This should launch a program called "Remote Desktop Connection".


If you get connection problems, then you probably need to follow the steps for VNC below.

1. Navigate to your Terminal in Raspbian and type: sudo raspi-config
2. A menu should appear. Find “Interfacing Options” and make sure that VNC is enabled.
3. Reboot the Raspberry Pi.
4. Whilst your Pi is rebooting you can install the VNC Viewer client software on your second computer. I downloaded the portable version from the RealVNC website for Windows, however other versions are available for other machines.
5. Once you have this client running you should be able to enter your IP address and connect.

If everything has gone to plan then you should be seeing your Raspberry Pi desktop on your other computer. Very handy for controlling your computer from another room.

Another really good feature is that VNC will allow you to transfer files from your computer onto the Raspberry Pi. To do this, first click on the icon in the top left corner. Then select "File Transfer" from the menu. I use this to maintain various files on my home server. For example I have a set of notes written using Zim. These notes are written on my PC and keep track of various things that are useful for both RISCOS and Raspbian (such as all the instructions on this blog article). As soon as I learn something new about the Raspberry Pi, I make a note of how I did it and then upload it to the server. As they are kept on my server I can access them from any of the machines on my home network, including the RISCOS device. Very handy indeed! 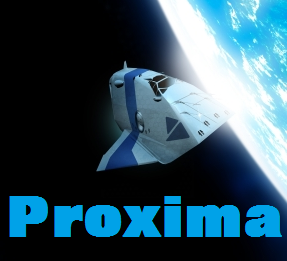